The Blackpool Pan-Ability teams are made up of individuals who mostly have disabilities such as Mild Learning Disability, Severe Learning Disability and Deaf.  We do also have participants who have various other impairments such as Autism, Down’s Syndrome, Cerebral Palsy and Amputations. All of the individuals who participate in this competition are 16 years old or above.  The competition gives them an opportunity to have a healthier lifestyle while socialising and playing football in an inclusive environment.

There were two teams from Blackpool FC Community Trust who entered the competition back in November, with the ‘A Team’ finishing top of the group and also with the ‘B Team’ finishing in a respective fourth position after the first round of fixtures.

The BFCCT ‘A Team’ then had their toughest test of the day against a very strong Mill Hill Blue resulting in BFCCT team unfortunately coming out the wrong side of a thrilling 3-2 match, but recovered in the final fixture of the day defeating the Everton FC Amputees in an emphatic 4-1 victory.

It was also a change in fortunes for the ‘B Team’ who unfortunately fell to a 2-1 defeat from Burnley Town but also finished the day strong beating Burnley FC ‘B’ 4-0 and drawing 2-2 with Mill Hill Blue.

Nathan Hall (B Team player) said ‘After a slow start in our fixtures last time, we showed great improvement winning 12 games and scoring 40 goals, its great to be apart of this amazing team’.

Overall the day was another huge success with 14 males taking part in a wonderful tournament and enjoying playing football.  They achieved 12 wins from a possible 15 games. Well done to all the guys who took part and are looking forward to the next fixture of the Frankel Topping Lancashire FA Ability Counts League on Saturday 27th February. 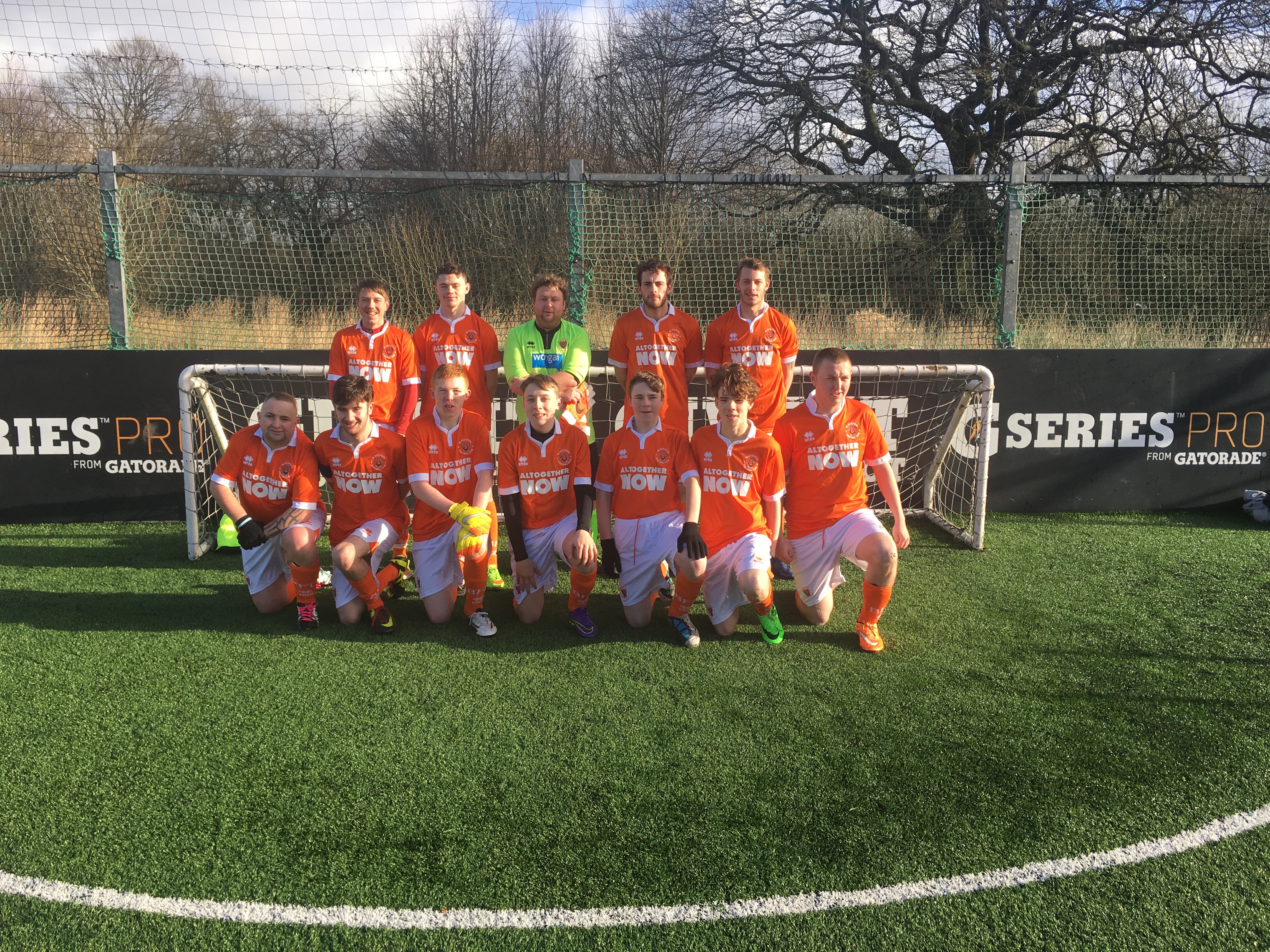