On June 9 2022, Blackpool FC Community Trust hosted the ‘Show Racism the Red Card’ event. The event had over 100 children in attendance from nine schools across Blackpool with a range of ages from Year 6 to Year 9. This was our third year of working with one of the pioneer charities in anti-racism, set up by ex-Premier League goalkeeper Shaka Hislop, and it was a pleasure to have Seth and Fred for a full day leading this educational event.

In this extended full-day event we were able to deliver a morning session, consisting of three workshops covering anti-racism, hate crime and diversity within football. The afternoon session saw pupils watch an anti-discrimination video featuring the current Men’s and Women’s England squad before participating in a Q&A session with Blackpool FC Hall of Fame member and ex-England international Trevor Sinclair. Attendees also had the opportunity to pose for photos pitch side, in the home team changing rooms and with the 2021 EFL Play-Off Trophy before being challenged to design a Blackpool FC Community Trust anti-discrimination poster which will be displayed around Bloomfield Rd next season. 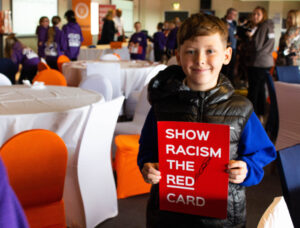 The groups were able to use sport and Blackpool FC as a starting point for discussion which then progressed into conversations about society, schools and lived experiences. The pupils showed excellent maturity and respect for others’ opinions during open discussions and used the knowledge of the SRtRC team to increase their own understanding of discrimination.

“Thanks so much for having us. The day was fantastically organised by Blackpool FC Community Trust and Show Racism The Red Card. The children were engaged in the workshops on Hate Crimes and discrimination and loved touring the stadium. It was fantastic for the children to have an opportunity to be prepare questions, become journalists and interview former football players using the knowledge they had acquired.” 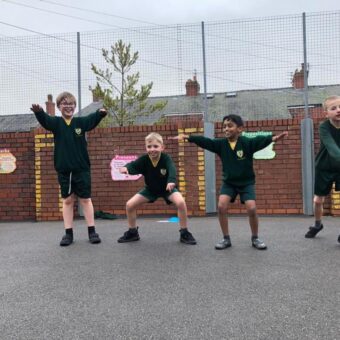 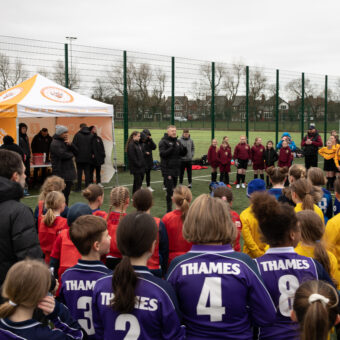 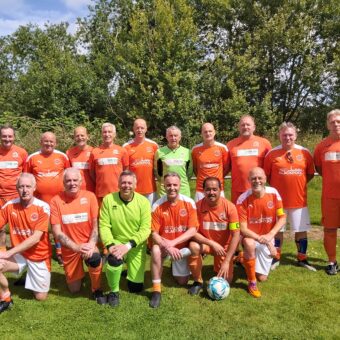 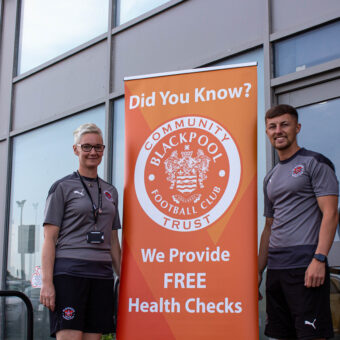 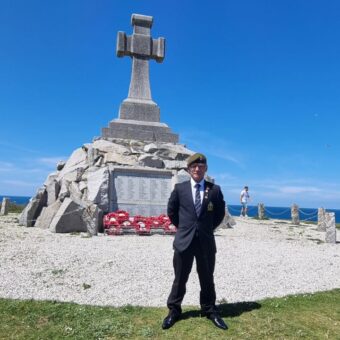